I didn't get much painted last month. Fortunately, one of them was this guy; 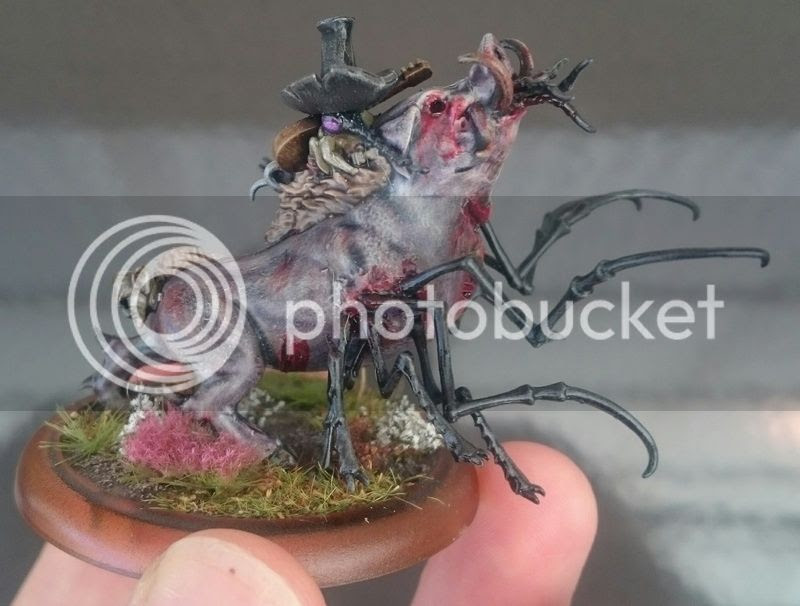 John Carpenter (Rogue Necromancy)
One of the little known facts about Douglas McMourning is that he is a teetotaler - he refrains from drinking alcohol. This was not always the case. Back in his University days, a younger (and saner) McMourning was a regular at the local tavern and in fact held several drinking records among his colleagues. Unfortunately McMourning's drinking habits got him into a great deal of trouble too. The staff and undergrads could always tell when McMourning had been on the drink the night before. Whether it was obscene images burnt into the faculty lawn, tables and chairs hammered to the ceiling of lecture halls or live plucked chickens stuffed into the Deans closet, McMourning's talent for grandiose, booze-fueled pranks was well known.

One night, however, Douglas McMourning went too far. Nobody will speak of the details, but those in the know make a point of avoiding the east wing of the library, oranges remained strictly banned from University grounds and the Vice Chancellor has never looked at a goat the same way since. McMourning only barely escaped expulsion - evidence proving his involvement was circumstantial and nobody but the Vice Chancellor wanted to see the University lose such a brilliant young mind. Nonetheless, McMourning learnt his lesson and vowed never to drink alcohol again. 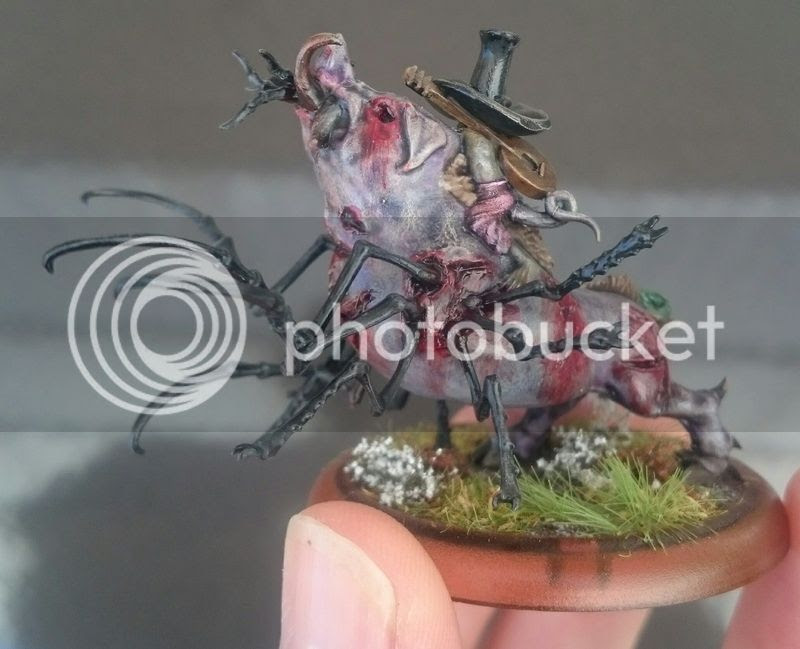 Despite its high demand and plentiful supply, McMourning continued to refrain from slipping back into alcoholism after relocating to the Bayou. For several months he was never tempted to try the local brew. But working in the Bayou isn't as easy as his days in Downtown Malifaux, and the stresses of everyday life took its toll. Eventually, after a particularly frustrating day in which his assistants were proving unusually incompetent during his experimentation with a warpig, McMourning caved. In a fatal lapse of judgement, he reached for the nearest bottle of moonshine and took a sip...

The next morning the Good Doctor awoke, half submerged in a pig trough with a splitting headache and covered in grime and blood.  The village was almost completely destroyed and the locals were even more terrified than usual. Pulling himself up he stumbled back toward his lab. The building itself was in bad shape but surprisingly intact. On the barricaded door, however he could make out the words "John Carpenter", painted in pigs blood... 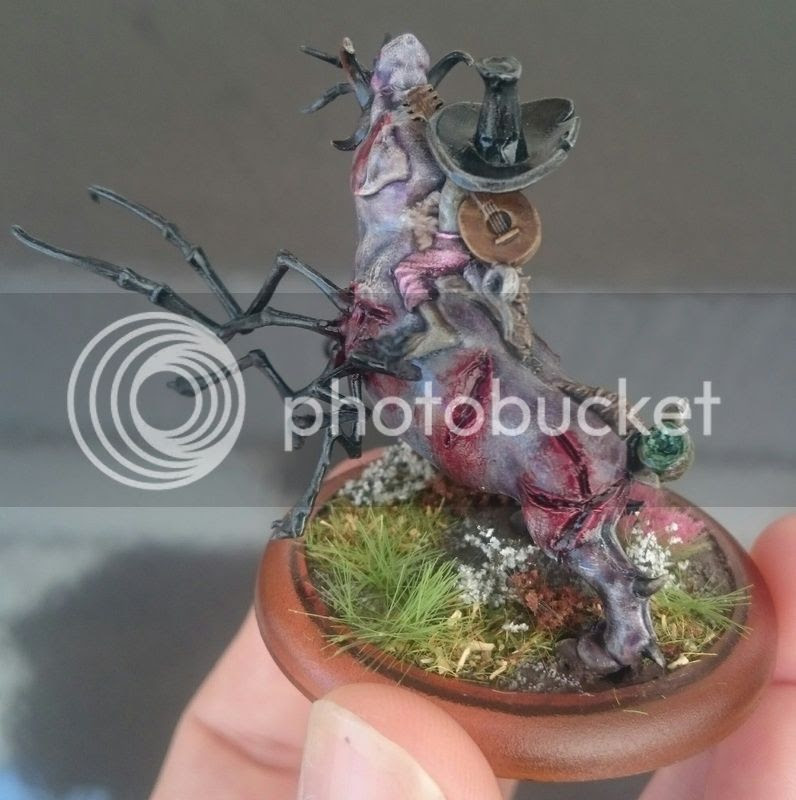 What McMourning found inside was either his greatest creation or most horrifying failure (he hasn't decided which). An amalgamation of Pig, Gremlin, Insect and who knows what else, "John Carpenter" was a terrifying, barely controllable undead monstrosity. McMourning has never since been able to remember, let alone replicate what he did on that moonshine-fueled night. He remains tempted to once again take to the bottle and replicate the conditions that created his latest monstrosity. The locals, however, have since made a concerted effort to ensure not a drop of moonshine ever gets within his reach again... 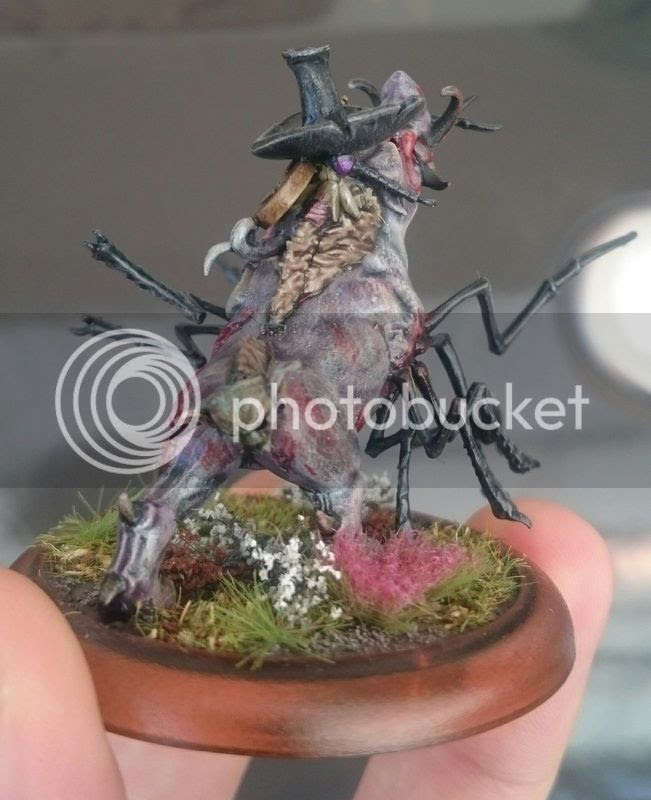 So here's an update on what I bought for the month. As usual, prices are from http://elementgames.co.uk/

I was originally planning to also add Merris LaCroix this month's purchases, but sadly she wasn't available in time. She's thus been moved back to July when she should hopefully be available (assuming we have a Month 6 for the ToMB). Piglets would have been another possibility, but I'm running low on 30mm translucent rootbeer bases so they're waiting on my Easter Sale order to come in. 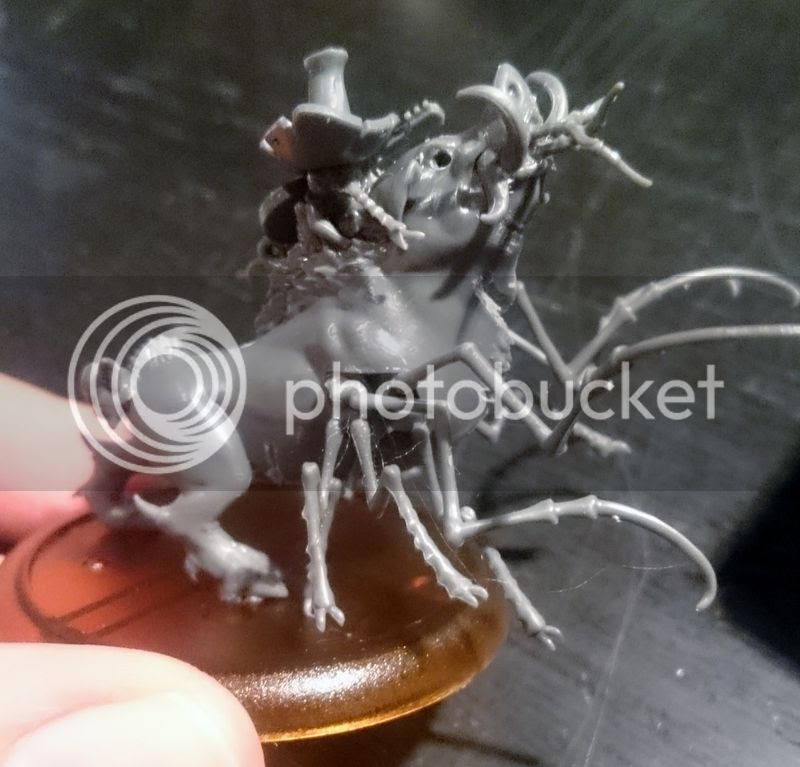 The unpainted model, minus greenstuff to fill the gaps for course.

When I started this project my original plan was to use Warpigs as the base models for my Flesh Constructs. However as I though about it more I decided that the models themselves were just too bulky for what Flesh Constructs are supposed to be. I also liked the idea of keeping my Warpig models on a 50mm base, if only so I could keep using them as a proper (if very unusual) Warpig should the need arise.

So I decided on another model for my Flesh Constructs and the Warpig became the base what I considered the most fitting model in the Resser faction - a Rogue Necromancy!

Probably the hardest thing about building this model was deciding how I could make it horrifying enough to pass for a Rogue Necro. I didn't have another two Warpig heads and simply cutting him up and painting the model with undead flesh wasn't going to work. Fortunately I still had the Skeeters from So'mer's boxed set lying around, so once I committed to replacing his front legs with a mass of chitinous legs, the rest fell into place. Oh and for those interested, the tentacles coming out of its mouth are actually tail spikes from the Skeeter bodies. ;) 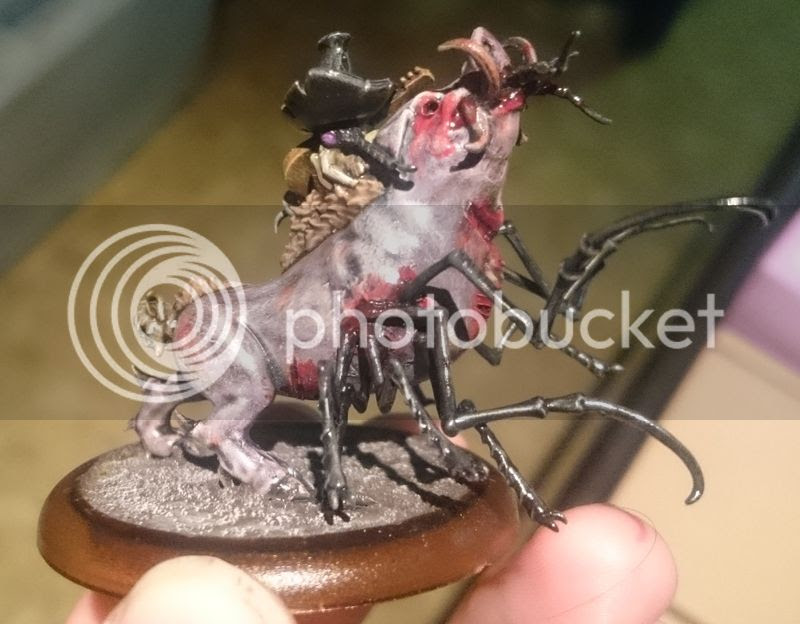 Anyway, that's enough for now. Next month I'll FINALLY be getting some models for McMourning to summon with his Moonlighting upgrade - Flesh Constructs and (more) Canine Remains. I'm still not sure how my idea for the Flesh Constructs will turn out and I doubt I'll be able to top this months creation. So right now I'm hoping they at least pass for the models they're supposed to be!