Yet another New Years Resolution Blog...

Well it’s the New Year and the Rainbow Challenge is done (or at least on the backburner). So like just about every other blog this time of year, it’s time for some resolutions! 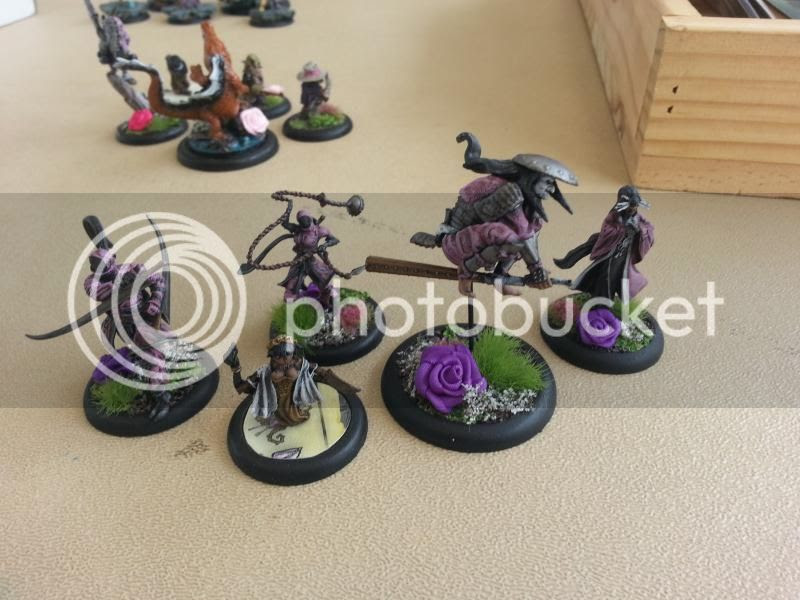 The Not Malifaux Stuff

It probably goes without saying that last year was pretty Wyrd-focused. While I’ve no intention of stopping my Malifaux habit, after 5 years (jesus, it’s been that long?) I figure it's time to expand my horizons again and divide my time between Malifaux and something else. So for the time being, I’ve got a few games in mind; 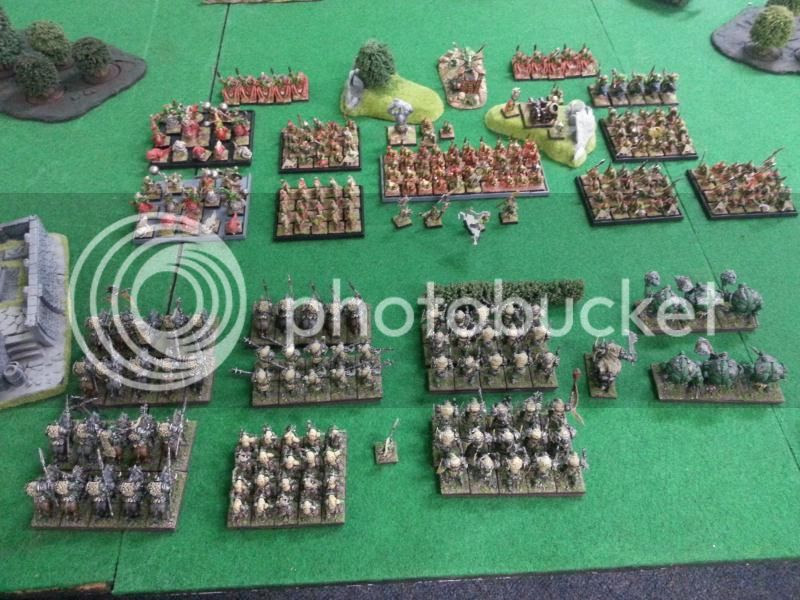 Yay! I can use my goblins again!

The first is Kings of War. Initially released by Mantic (possibly as an excuse to sell cheaper alternatives to GW’s ridiculously expensive Warhammer Fantasy range), it’s really come into its own as a solid, enjoyable game in it’s own right. I got a demo of this from local Justin a few months back and I was instantly hooked. It was everything I wanted from Warhammer Fantasy, but without the stupid all or nothing magic, super-characters and all the other things I dislike about GW’s game.
So this year I’ve brought my Goblin army out of retirement and thanks to Mantic’s Kickstarter for Kings of War 2nd ed, I’ve got a Forces of the Abyss (ie. demons) army coming sometime in the middle of the year. 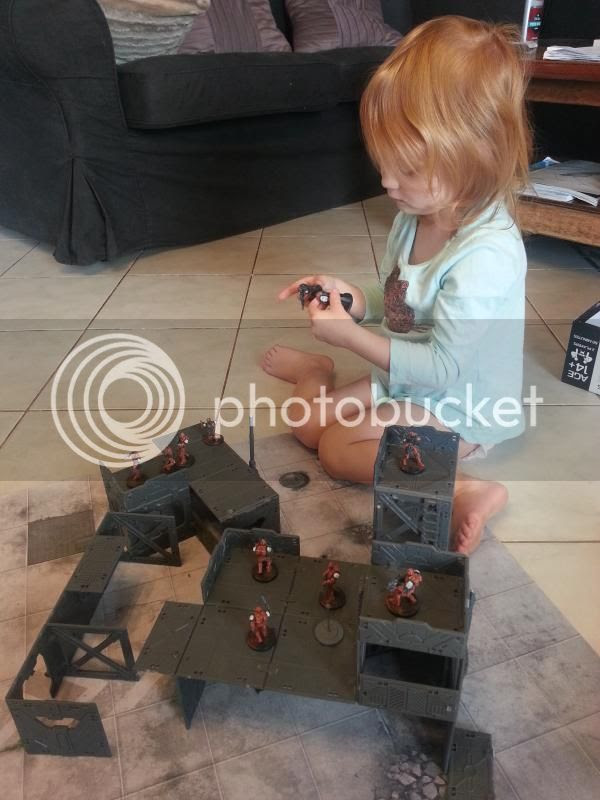 Speaking of Mantic and Kickstarters, I’ve also gotten into Deadzone, thanks to their Kickstarter from… last year? I honestly don’t know anymore. It’s basically a simplified small skirmish game done in a similar vein to Necromunda. It’s not a perfect ruleset – the game suffers a little from “first edition-itis”. But I like how it plays, I’ve got some Enforcers painted and there’s a growing community to play against. 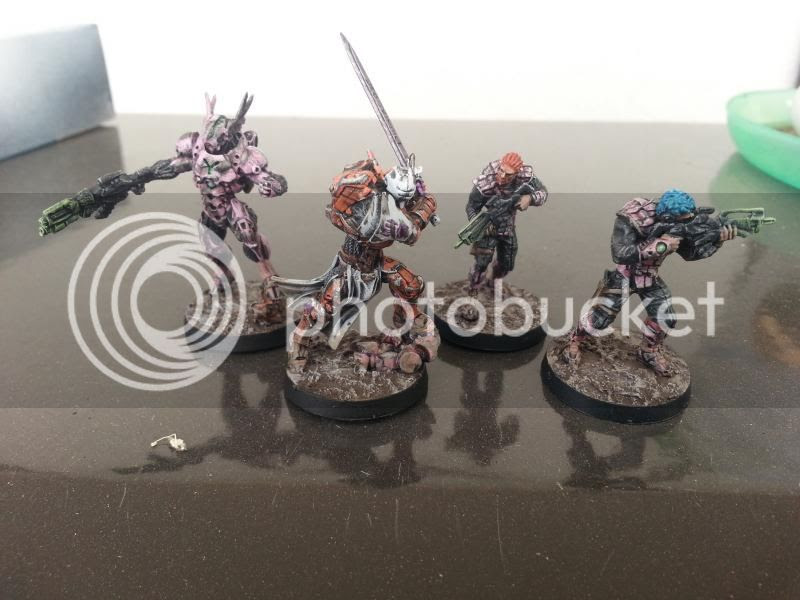 Pretty happy with how they're turning out so far...

Then we have Infinity, or as I like to call it “Crate-Wars” or “Overwatch: the Game”. ;) For a long time I’ve avoided Infinity on account of 1. not generally loving the boobalicious anime style and 2. because most of the models just sucked. Fortunately with the recent release of 3rd edition and a marked improvement in model aesthetics, I’m keen to give it a try. 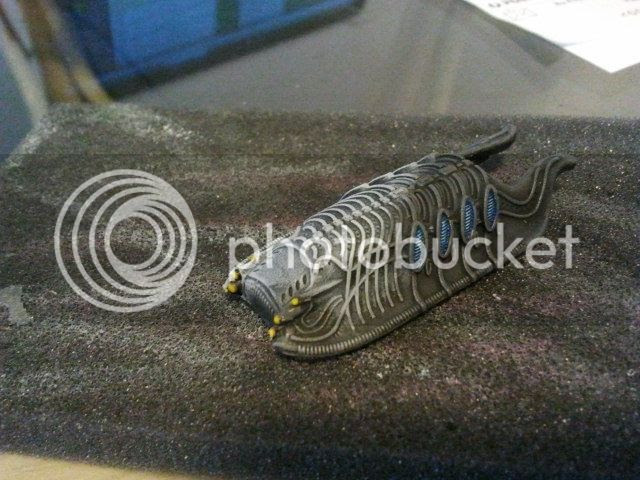 Just one Scourge transport painted but hey - it looks descent.

Other than that we have Bushido (got a crew for a Shenlong proxy), Epic Armageddon (there’s a consistent community here and I somehow have a marine army), Dropzone Commander and maybe, just maybe Wild West Exodus (nobody plays it here, but a few have the models from the Kickstarter...bloody kickstarters). 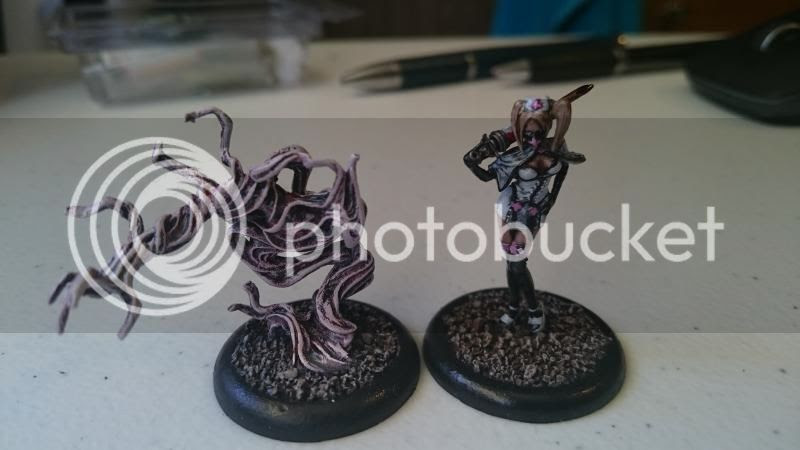 When I started the Rainbow Challenge, I said I could go in one of two directions – either focus on a small selection of Masters, or just try to play them all. Obviously in 2014 I went with the latter, and wound up playing 30 crews in a year. In 2015 though, it’s time I was a little more focused with my gaming, and at least stuck with a single faction. As it turns out, a few of the other locals are thinking of the same thing, with Chris (Kadeton) moving from Outcasts to Neverborn and a few others going with Arcanists in particular.

In the end, I decided on Resurrectionists. 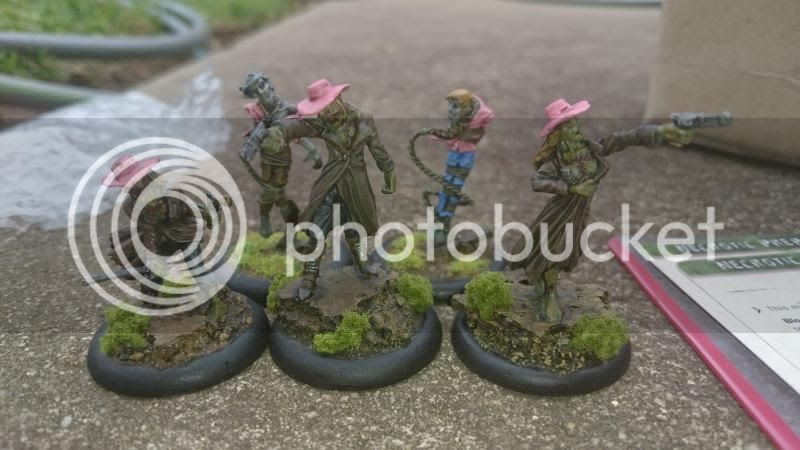 From the 2014 Malifaux Gift Exchange - thanks Alex!
Something bad

The Ressers are arguably the Faction I have the least experience with. Even less than Gremlins, for whom I’m at least familiar with all three released Masters and have even taken So’mer to a tournament. That in itself was good justification for going with Ressers this year, but my unfamiliarity is not without reason. They’re arguably my least favourite faction and one of their major shticks, summoning, is a playstyle that I’ve not been a fan of. Having said that, my experience with the Ressers I did play in 2014 has improved my opinion of the Faction. Seamus and Yan Lo in particular were fun to play and even Kirai, one of the dedicated summoners, proved to be really entertaining. As for the rest, like I said with Molly, the jury is still out. But I’m willing to give them a shot. 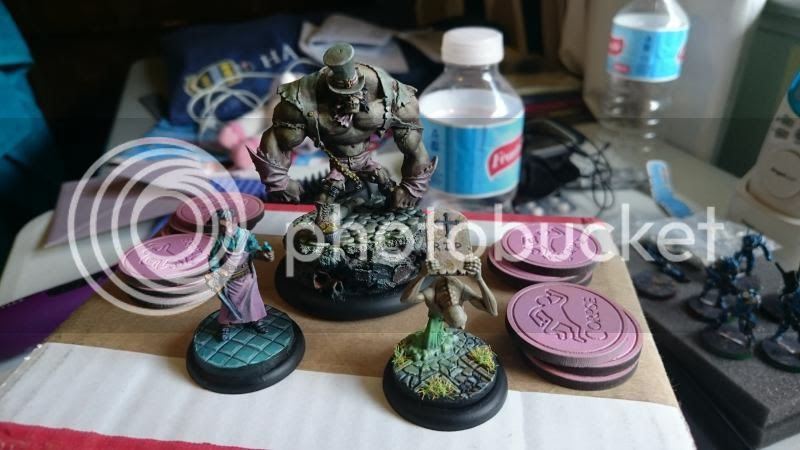 Also from the gift exchange, thanks to Bacms!