I remember the origin of the “Tale of” initiatives. It all started more than a decade ago in Games Workshop’s White Dwarf (back when it felt less like a catalogue), when a bunch of the GW staff decided to get together and start a series of articles called the “Tale of 4 Gamers”. Every player began with a certain amount of money to start their armies with, and they’d get an allowance each month to with which to expand their collection. In each issue, the gamers would describe their experience and exploits in building, painting and playing with their growing armies. The format was a massive hit. Not only did GW follow it up at least once more with a “Tale of 40k Gamers” series, but it was copied by gaming groups and on forums everywhere. The fact that it's still regularly done by players speaks volumes as to the concepts longevity and appeal.

Anyway, the short version of this is that I’ve ALWAYS wanted to do a proper “Tale of” challenge. Unfortunately I was unable to take part in last year’s Tale of Malifaux Bloggers, due to having already committed to my Rainbow Challenge. This year however, all I’ve committed to is playing Ressers, so I’m free to give it a crack!

Rules, Rules, Rules.
So first thing’s first, the rules. If you’re not yet familiar with them, here’s a link to Psientologist’s blog;

The challenge is due to start proper at the beginning of February, but in the meantime I need to come up with a Master to commit to. As per above I’ve already decided on Ressers for this year so it will have to be someone from that Faction. But which one?

The tricky thing about doing Ressers for this challenge is that half of them are dedicated, drown-them-in-bodies summoners. Building a functional crew for such a Master is very tough when you can only spend so much per month. So despite having his crew available and unassembled, Nicodem is right out. Same goes for Molly (who lacks a plastic starter) and Kirai (who's $50 box has just 14SS worth of models). So what about the rest? 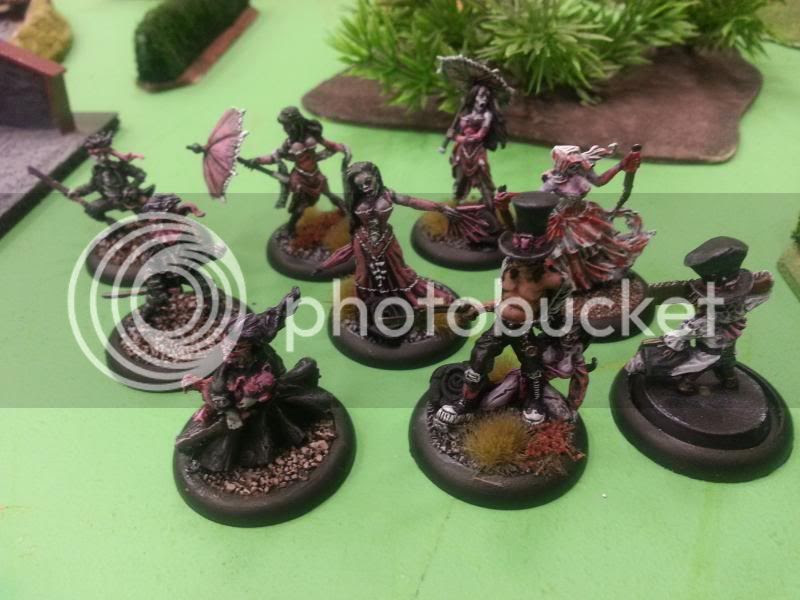 Seamus
Despite his ability to bring out Rotten Belles, summoning is not a major part of how Seamus plays. So the basic boxed set plus some hanged would probably serve me well as a functional staring point for my crew. The only negative is that I already have a Seamus crew (the Rainbow Challenge is coming back to haunt me!) and unfortunately, I like my “Evil Dead” Seamus much more than the current plastic version. That said, if I can find a suitably awesome/ridiculous proxy for Seamus then it might be enough to sway me toward him. 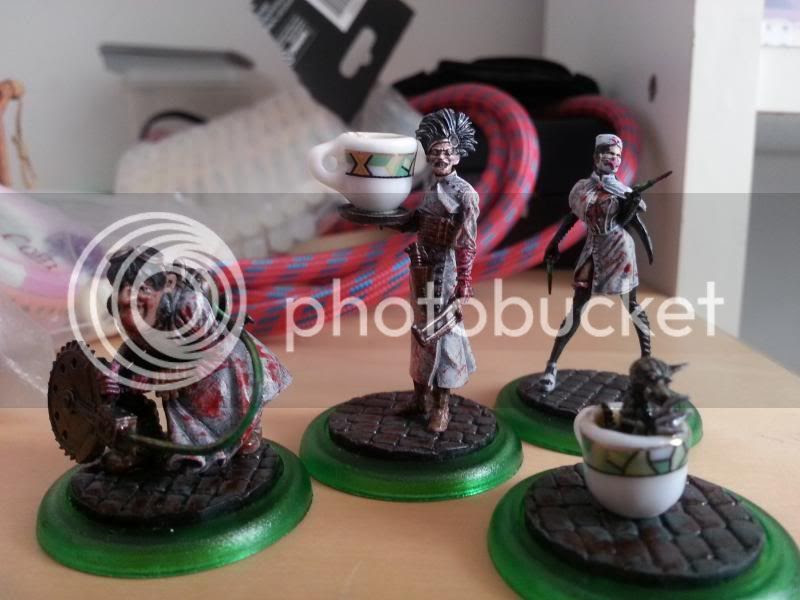 McMourning
While he’s not as demanding a summoner as the “big three”, McMourning is nevertheless quite capable of pumping out Flesh Constructs and Canine Remains to do his bidding. While I did give him a go last year I used him as a Guild Master, so I never got to try his summoning side. That said I *think* I can buy enough of his summons within the allotted budget to make a decent crew (side note: how many flesh constructs does he really need?), so he remains a possible option.

Like Seamus I have a painted crew for McMourning. But while I’m fond of “Teatime McMourning” he’s never quite sat right with me. It’s probably just the green bases (something I can easily fix), but nevertheless it’s enough for me to not be fussed about painting a fresh crew for him. Again, I’d need a theme to go with it though, and it’d probably need to at least compare with Teatime McMourning… 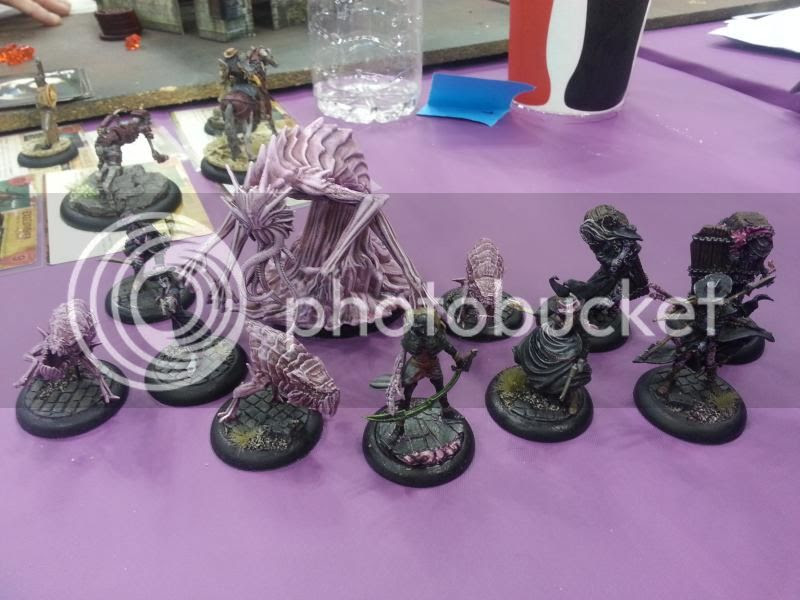 Tara
Tara is effectively a non-summoner (especially if you don’t take Karina, her totem), but she also has no models available outside her Nightmare Edition Box so I’d probably have to proxy everything. That said, from what I hear, Tara doesn’t need her Void models or even her Totem to work in a Resser crew. So as long as I find a proxy for Tara herself, building the rest of her crew could prove pretty simple.

The negative for Tara is that she’s the Resser Master that I’m second least excited about using (after Nicodem). So if my suspicions prove true and I don’t enjoy playing her, I’m going to lose the motivation to finish this challenge pretty fast . 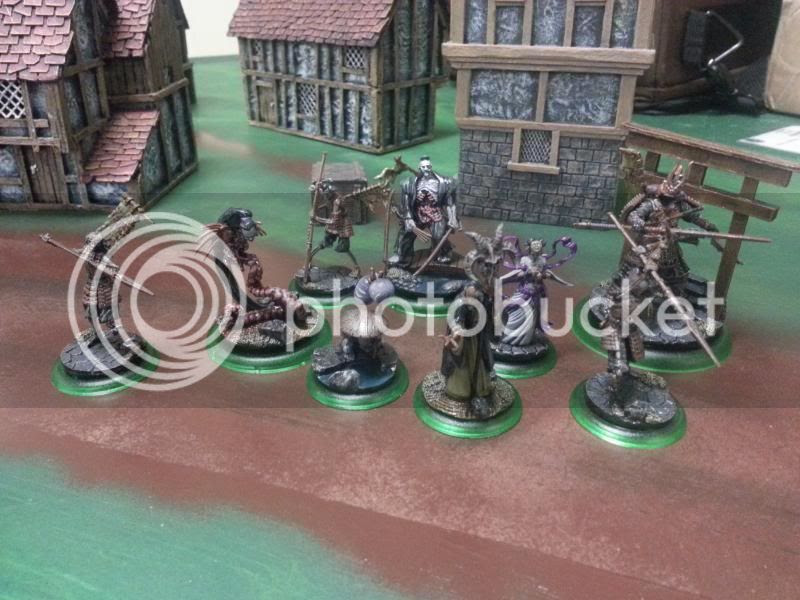 Yan Lo
I’ve said before that I was never all that happy with my Yan Lo crew. It wasn’t pink enough and the models themselves are just a nightmare to try and fit into my carry case. Given that his summoning focuses on replacing losses rather than boosting numbers Yan Lo should be pretty easy to build for this challenge. His starter is cheap and after you've got his ancestors, you only need a few more bits and pieces to round him out. The only problem is that there’s no way in hell I’m buying his boxed set again. So I’d need suitable proxies for his entire crew. 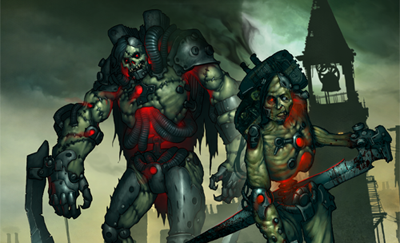 THE DECISION
I have to admit, I’d already decided on a Master before writing this article. But even so, putting cases forward for the other Masters did make me rethink whether it was the best decision. In the end though, it wasn’t enough to sway me and I’m satisfied I've made the right choice.

Like I said before, I was never entirely satisfied with Teatime McMourning, so building a new crew will give me a nice, more Resser focused McMourning to play around with. Getting enough Flesh constructs might prove a challenge, but I’m not convinced it’s impossible. But most importantly, I’ve come up with a crew theme that I believe will keep me interested for the duration of the challenge! 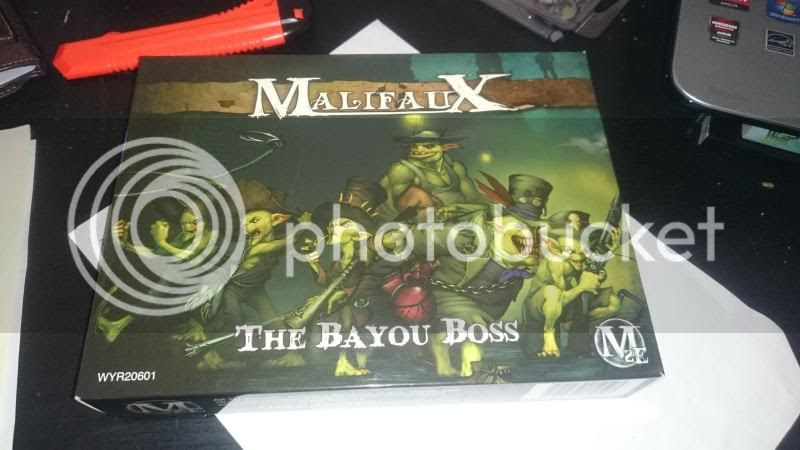