ToMB Month 2b: Pigs and Pigtails

So it's the end of Month 2 for the Tale of Malifaux Bloggers, and it's time to show you what I've been painting!

As of my last ToMB post I was left with a few options for this months purchases. Either I start working on getting some models for McMourning to summon, or I try and add some models who don't need to stay close to the core of my crew (ie. McMourning and Sebastian). In the end, I decided on a Nurse and Canine Remains....wait, what?

Okay, so it doesn't necessarily cover what I've been looking for - that'll have to wait another month. But the Canine Remains should pair well with my Poison-granting Autopsies and lets face it - the Nurse is plain amazing with or without McMourning (but especially with!).

I'll admit, I feel a little guilty using a limited edition model like the Gremlinette for this challenge, since she's all but impossible to find these days. But she's been begging for a paint job for some years now and I can't think of a better proxy for a Nurse.

The closest approximation to my Gremlinette would be the Hog Whisperer (who comes with a piglet), so that's what I've listed as my purchase for the month. If I didn't have the Gremlinette though, I'd probably use a Slop Hauler. Rules-wise they're the closest Gremlin approximation to a Nurse and thus wouldn't be too hard to mistake for anything else.

Anyway, while the Gremlinette's been sitting untouched in my box, the Piglet was re-purposed from an existing model I'd painted years ago; 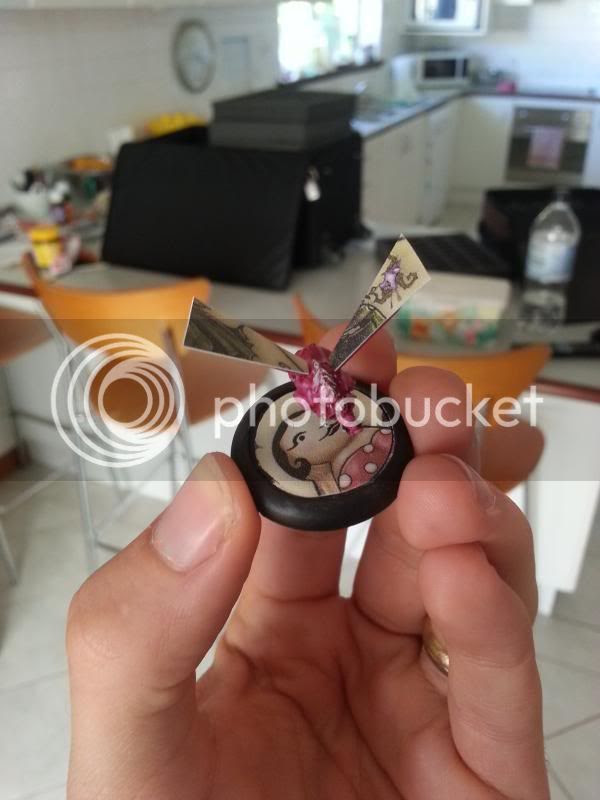 I have (had?) three of these little guys, and they started life as night Terrors for my 1st edition Dreamer crew. All well and good, except in M2E Dreamer lost the ability to hire Night Terrors. So my magical flying piglet proxies have been left without any rules. :(

Anyway, I removed the wings and rebased one of the piglets, leaving me with this pair as my models to paint for the month; 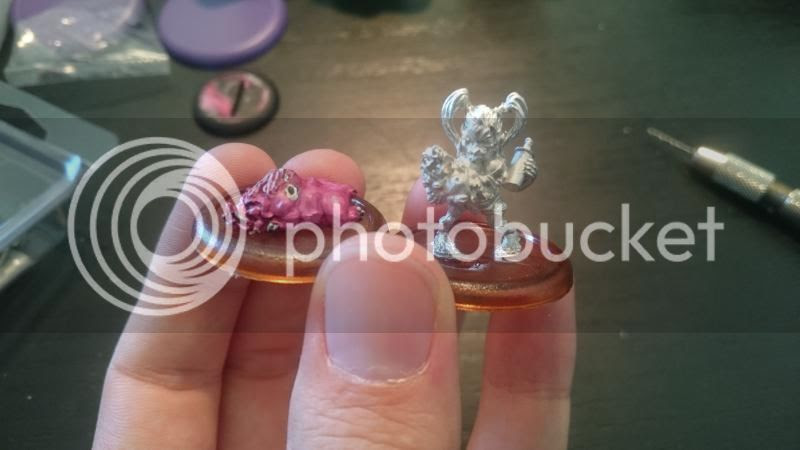 I was originally going to cut a slot into the Rootbeer base to glue the Gremlinette's tag into, but as it turns out the transparent bases are much more brittle than the standard ones, so I instead just removed the tag, drilled a hole through her foot and pinned her in place. The holes in the piglet were filled with greenstuff, of course. Other than that I did no converting for this pair - I was relying on the paint job to convey what minions these are supposed to represent.

Anyway, onto the finished products! Apologies for the lighting on the pics - hopefully I'll do a better job next time. :P

It took some weeks, but the rare talents of Sebastian II eventually convinced Dr McMourning of the value of Gremlins as more than just spare parts. Most are useless of course, but now and then a gremlin would prove him or herself capable of working in the Lab without losing limbs (both to the undead creations and McMourning himself). Oddly, most of them have been females and so McMourning has dubbed them his "Nurses". The duties of these Nurses are much the same as their human equivalents - assisting McMourning in his surgical work and administering "medications" to the test subjects. The lifespan of a Nurse is typically short, but there's always more than enough volunteers willing to replace them. 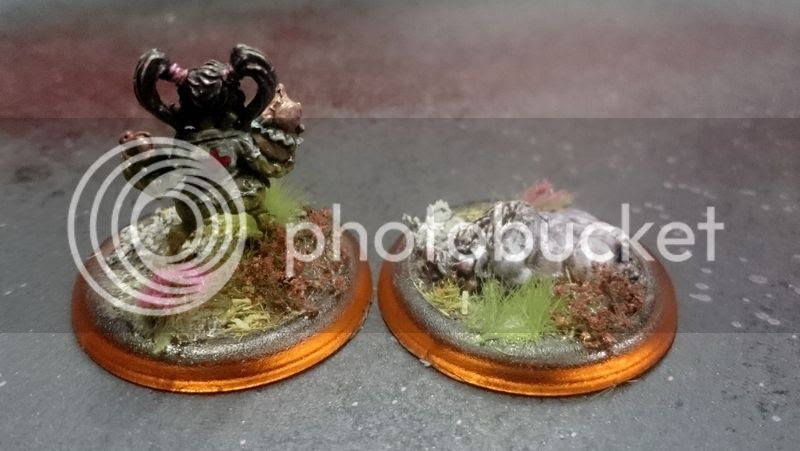 When he first came to the Bayou and Gremlins were proving hard to catch, McMourning's initial test subjects were Piglets. The good Doctor was not going to stoop as low as pig farming but once the mother was dealt with, her litter made for a good source of material for his work. Fortunately, the results of his experiments were as successful as his original work with Malifaux's local dog population. His new "Porcine Remains" proved just as loyal and hardy as their furry cousins, although they regrettably did show a tendency to eat McMourning's other creations and in some cases, themselves. Their ease of creation have encouraged McMourning not to abandon his new undead critters altogether, although it did him the impetous to renew his studies on the other dominant species in the Bayou.

That's it for this week. Next time I'll report on how my games with McMourning are going, and admit to a horrible, horrible mistake I've made. ;)