End of the Rainbow

This is a long-overdue post. Not only because it’s been months since my last blog post but also because it’s time to own up and admit that I failed. Oh, the shame!

In short, at the beginning of this year I committed myself to the Rainbow Challenge – basically have a painted version of every crew (proxied or otherwise) and play at least one game with each. Despite managing a great start, the task eventually proved too much and with “just” 31/39 crews completed, I failed in my attempt.

If I can pick a month in which it all fell apart, it’d definitely be August. At the beginning of August I had 10 crews left to paint over 5 months, or two per month. At that stage it was a still in with a chance, but two things happened that ended that – Gencon, and Outcasts. 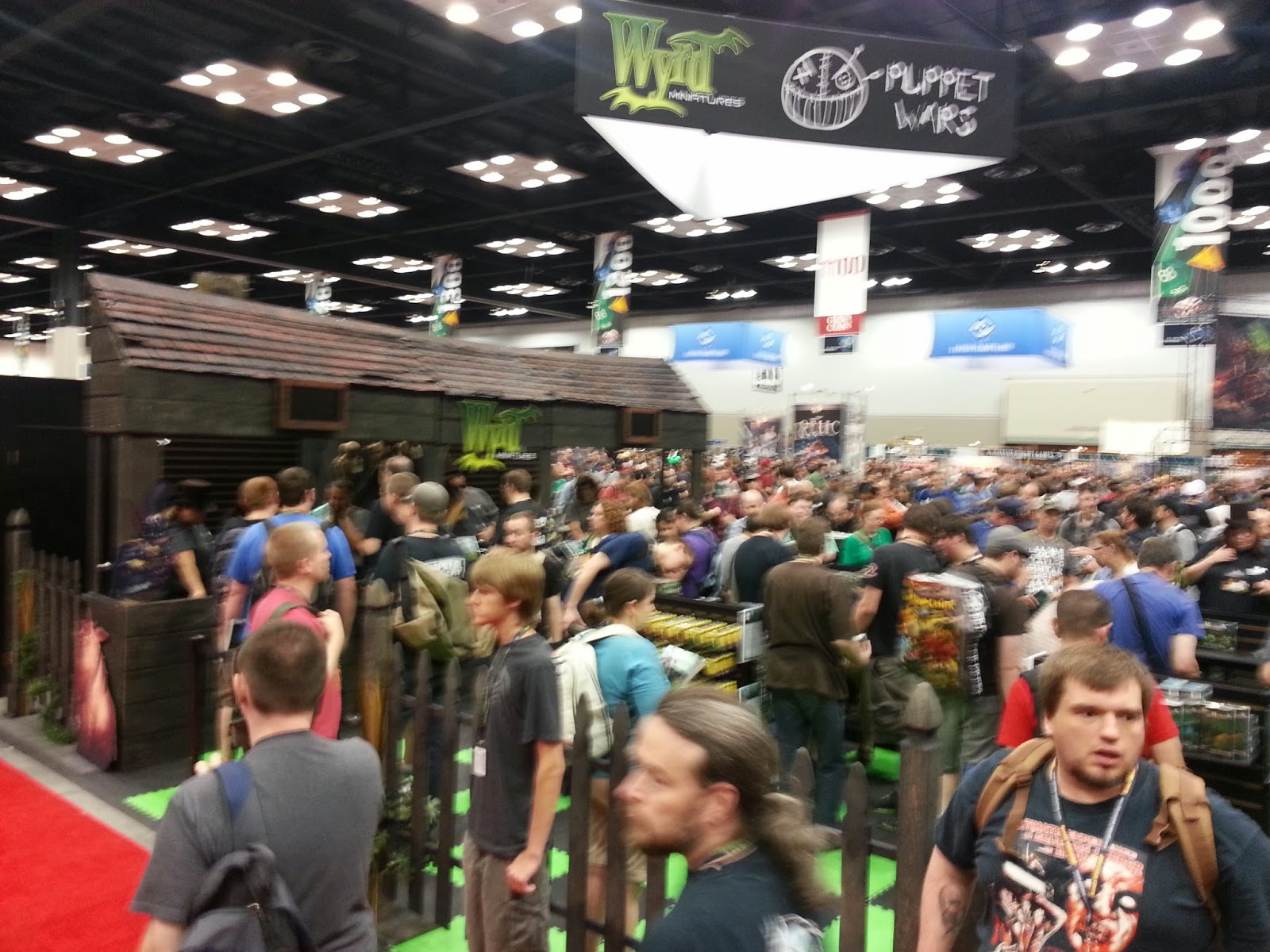 Gencon was absolutely the highlight of the year for me. Living in Australia makes any trip to the US stupidly expensive, and with a growing family to take care of this was likely to be my last opportunity to go for a long time to come. Of course flying meant I could only take so much with me (both there and home…gotta leave room for the stuff I bought!), so I had to limit how much of my model collection I took for gaming and sadly, leave the paints at home.

So while I did manage to squeeze out a Misaki crew before I left, the two weeks I was gone prevented me getting a second crew finished. So with 9 crews and 4 months to paint them, my goal for the Rainbow challenge rapidly started retreating from my reach. I only managed one crew after that (Hamelin). 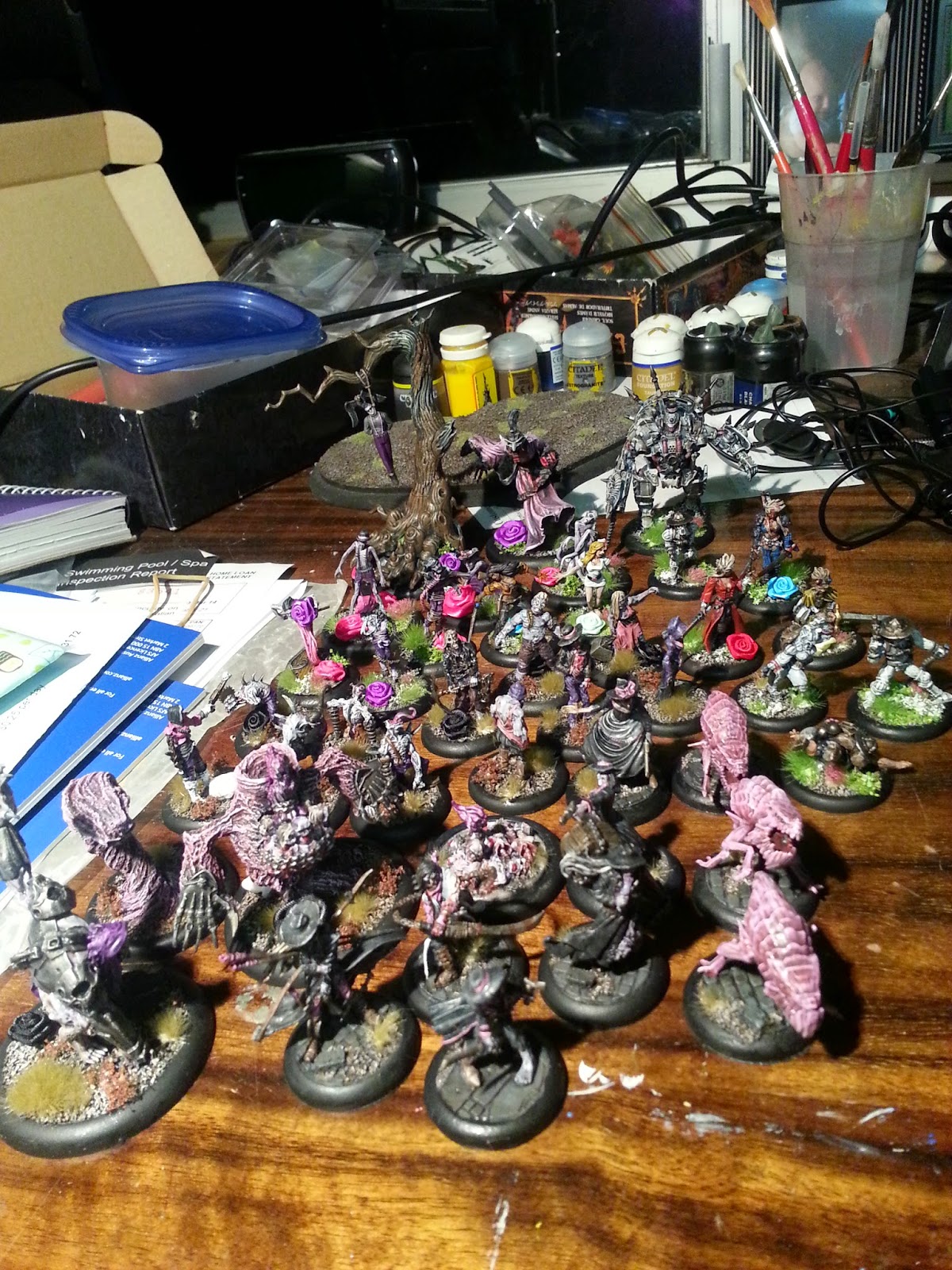 One of the advantages of taking a Faction to Gencon - everything got properly based. :P

The Faction with Everything

As above, I could only take a few crews to Gencon so I decided to pack my Malifaux bag with the models for just one Faction. Actually deciding on a Faction to take was quite a challenge. I didn’t want to take my older (ie. less pretty) crews and I wanted a Faction I had most of what I’d want to use. That meant either painting what I didn’t have (or like) or picking a Faction I already had most of. I also wanted to avoid what I thought might be the more popular factions (eg. Guild) and if possible, avoid bringing models I’d hate to lose (so no Nightmare Dreamer with Nightmare Teddies and Puppet Teddy Alps!). And most importantly, I had to make sure at least some of my crews were pink. Because you know, I have a reputation to uphold! ;)

In the end I went with Outcasts. Aside from a few extra models to paint I had most of what I wanted to bring and I could fit it all into my Malifaux bag. The only exceptions were Leviticus (damn his massive crew selection!) and Hamelin (I had his glorious Rats, but Hamelin and his Stolen were still unpainted). The only problem was that Tara was my only overtly pink Outcasts crew, so I remedied that by painting Misaki’s crew as pink as I could get it! :) 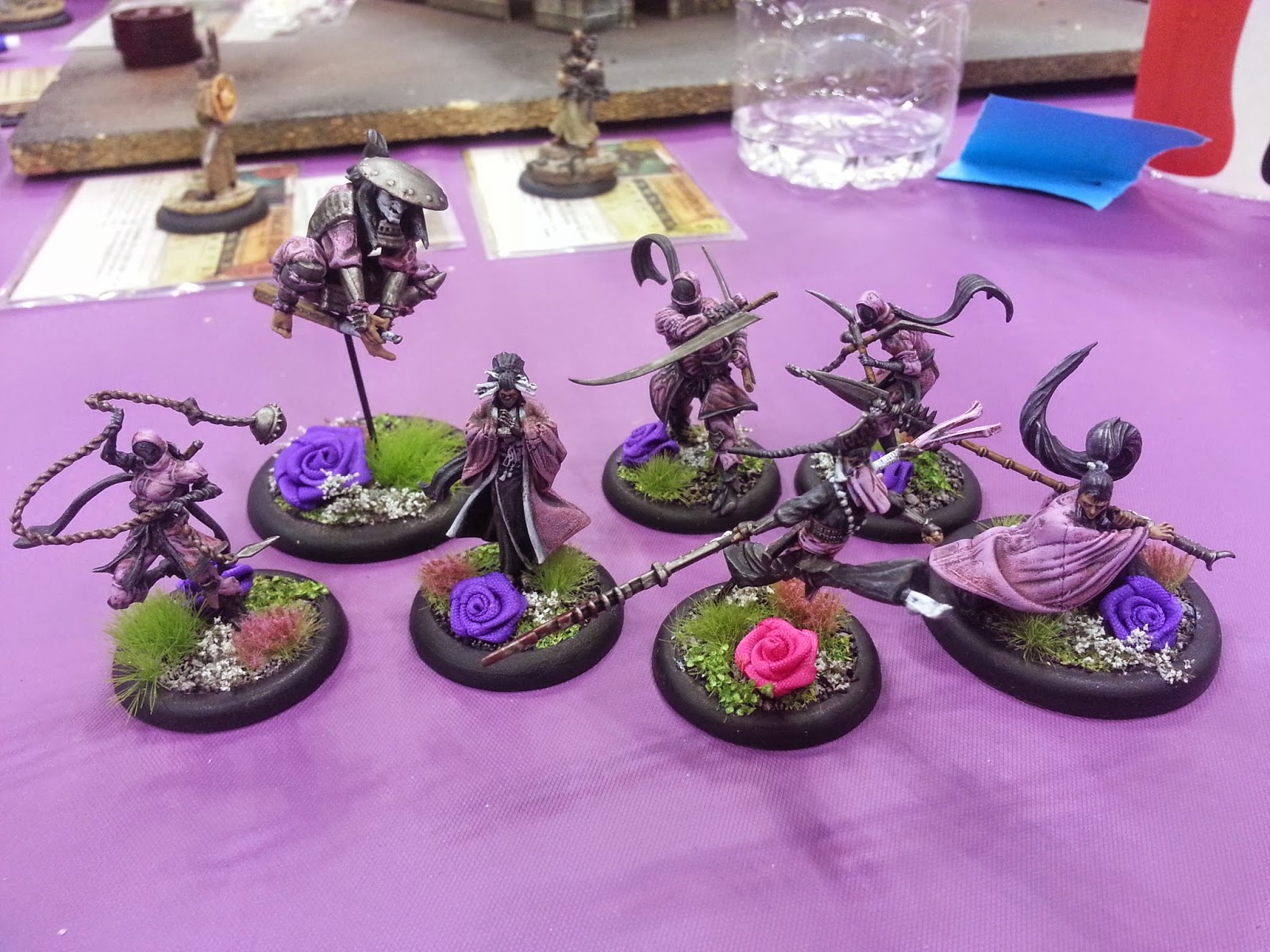 Anyway, fast forward two weeks and by the time I’d returned from Gencon, I’d well and truly fallen in love with the Outcasts. The sheer variety of models available offered so much in the way of potential synergies and combos, my favourite being the now infamous Obedient Wretch and Rats combo – something I enjoyed so much that I wrote a whole blog post about it. Jack Daw and Misaki became my favorites. The former was superb at disruption and movement tricks while I came to really enjoy Misaki’s role as a fragile, highly mobile assassin.

So in the end I decided to just stick with playing Outcasts for the rest of the year, formally ending any chance I had of completing the Rainbow Challenge. 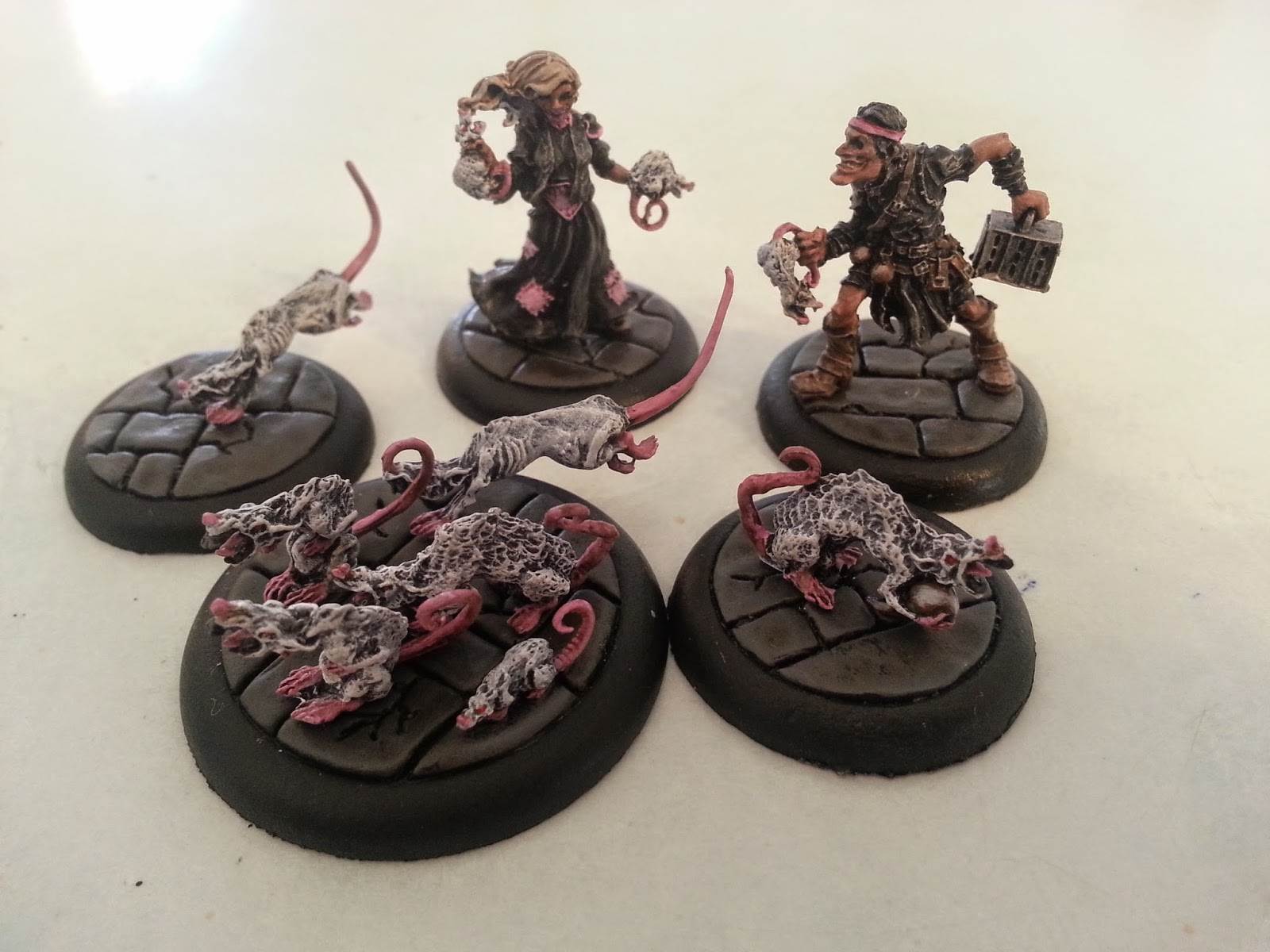 How could anyone resist the allure of these cheeky fellows?

So how far did you get?

You’ll notice that only Hoffman and Nicodem (possibly Wong) have models available for them – the rest I would have had to proxy. I’ll admit that I did have proxies in mind for each of them. There were some night goblins in a bag ready for Brewmaster (and Wong’s Lightning Bugs), Ironsides was getting built from the Through the Breach models and I even bought a pile of Bushido at Gencon for Shenlong’s crew. Mah Tucket was really the only one I was having trouble with.

As for crews played, I managed to play at least one game with all the crews I painted except for one – Colette. For reasons I can’t explain I just couldn’t get excited about using her. So whenever I had a chance to pull her out of the case, I inevitably just reached for an Outcasts crew instead. 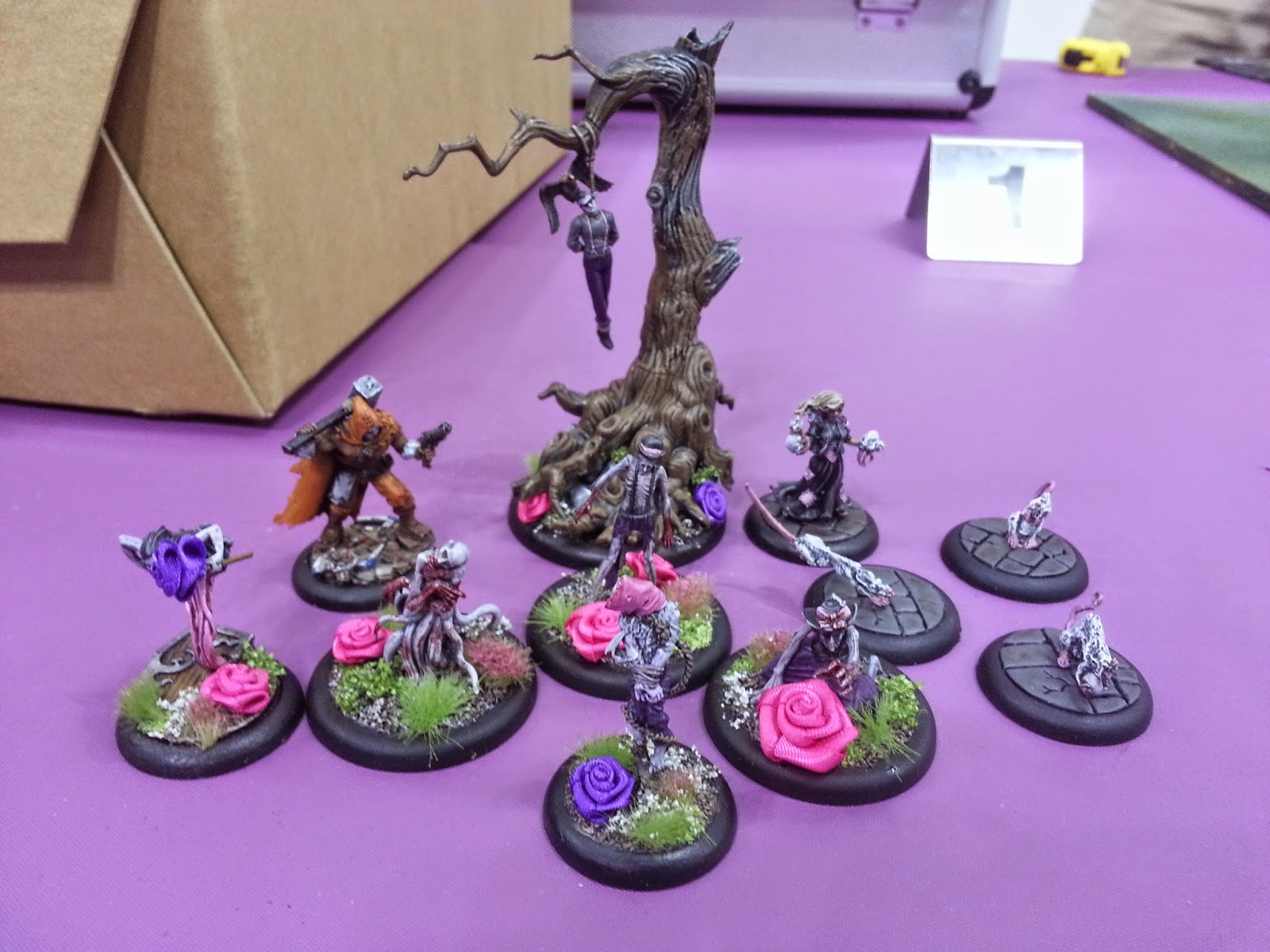 Oh Jack Daw. How could I NOT put you on the table, you utter bastard...
What now?

I’m actually going to leave my plans for next year to another blog post (Coming Soon! Hopefully!). But as far as the Rainbow Challenge is concerned, it’s not entirely dead just yet. I would still like to paint every crew and have at least one game with each, and if I’m lucky I might even manage that before then end of 2015. If nothing else I want to do this not just because I can then say I’ve got “everything”, but because I think knowing the basics of how each crew works is going to make me a better player overall. Not just for winning games, but also for helping newer players, providing advice to people trying to pick their next crew and generally just being knowlegable and helpful. But instead of making it my primary goal, I’m just going to keep working on it in the background. It should prove far less stressful that way! 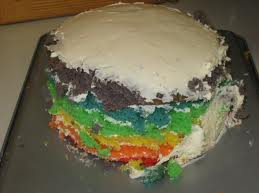